Alsace, the name already tastes like wine. GRAND C produces its Crémants and wines in this French winegrowing region, which by the way, besides the Languedoc, has the most hours of sunshine in France every year. 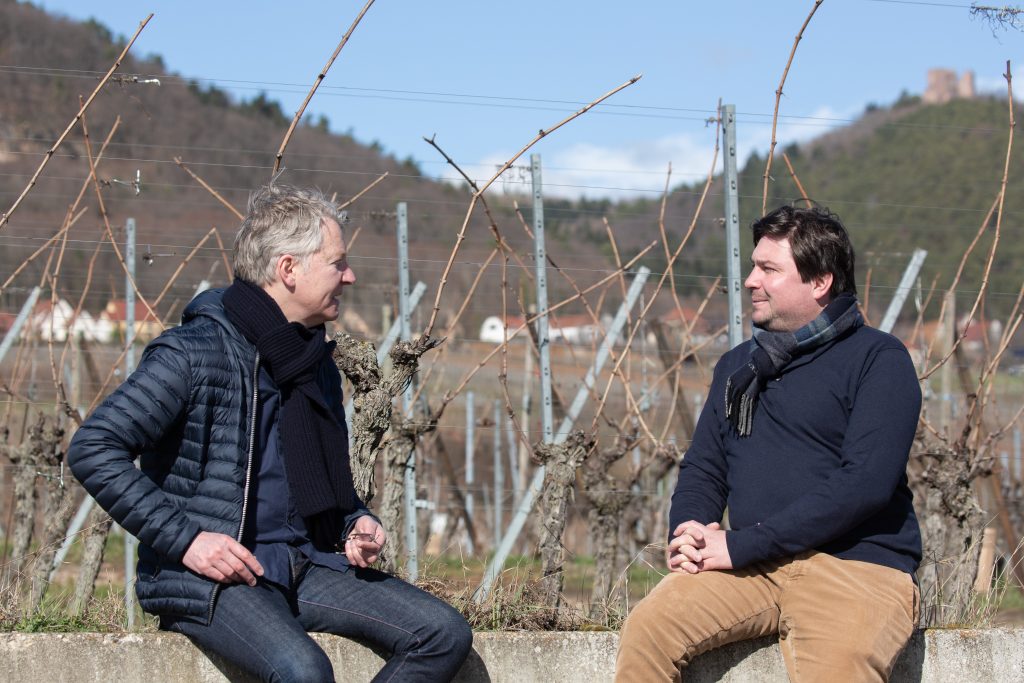 THE PEOPLE BEHIND GRAND C

are Axel Wulfken and Jacques Cattin. Axel Wulfken was manager of Champagne Moët & Chandon for many years. This experience with a professional background, his passion for top-class (sparkling) wines and the idea of creating something unique on his own led him one day to the idyllic winegrowing village of Voegtlinshoffen.  There he met Jacques Cattin, who is one of the most renowned Alsatian winegrowers and whose Crémants and wines have won many awards. The idea was developped into a partnership and 2009 GRAND C presented its first Crémants.

Creating wines is a team effort. In a cuvée, each single wine has its own purpose and function. The individual characters can be very different. The result however depends on the interaction and harmony, just like in a team.

The wines are produced on the 70 hectare family-owned Cattins vineyard in the Haut-Rhin in Voegtlinshoffen, 10 km south of Colmar.

The vineyards are situated at an altitude of 200 – 400 m above sea level, predominantly in the best south-eastern locations with maximum sunshine. The soils consist mainly of shell limestone, granite, clay and loam. Best conditions for the production of expressive, characterful wines of intense fruit.

In 2018, the new winery was inaugurated, which is architecturally a benchmark in the region and technically offers all the prerequisites for gentle Crémant and wine production.

Our wines and Crémants are available at selected specialist shops, wine stores and restaurants. Please tell us your place of residence and we will provide you with information about sources of supply in your area or online. Please contact us if you have any question about our wines and crémants.